The use of lasers at the dentist may seem like something out of a science fiction novel to many people. They imagine that lasers are used as weapons. What many do not realize is that lasers actually have many other uses besides the ones seen in movies. In dentistry, they offer a great alternative to other, more traditional approaches that people are used to.

If you ask people what they fear the most at the dentist’s office, you will probably hear the word pain. It is not just the pain that is associated with a toothache, it is the pain that they think they will have to endure as they sit in the dentist’s chair. After they talk about the fears of the pain, they may also mention the fear of injections in the mouth and the sound of the dentist’s drill. All of these things can keep a person away from the dentist when they need the help the most. 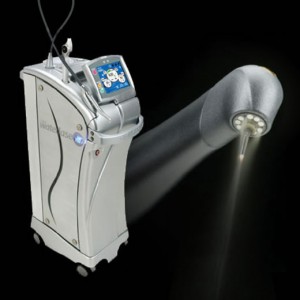 Laser dentistry may be the answer that people are looking for. Waterlase provides a treatment option that is virtually painless. It takes the place of drills and injections. In other words, it removes the things that are feared the most when visiting the dentist.

Waterlase is an effective treatment option for both soft and hard tissues. That makes it effective for using with both the teeth and the gums. The use of the Waterlase produces no heat. There is no added pressure and there is no vibrations. Those three things are the major factors in the pain that is felt when in the dentist’s chair.

It will surprise people to find out how much the use of Waterlase will benefit any procedure they have to have done. Once a person sees what this type of procedure offers, they will probably be ready to try it.

These benefits are nice, but the thing that is best about the Waterlase procedures is their ability to do so many things. The drill in the dentist office is good for one thing. It can drill holes in the teeth. Laser dentistry can do much more.

It is quickly becoming a method of treatment that is preferred by both dentists and by their patients.