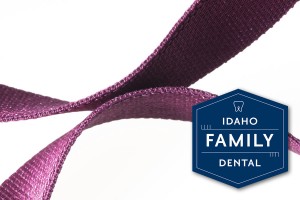 Oral Cancer is something you probably haven’t even considered. Most people believe it’s rare, but it is actually fairly common, making it important to be aware and know the risks. It is most common in those over the age of 40, but the risk still exists for those under 40 as well.

Some risk factors for oral cancer seem obvious like smoking or chewing tobacco. Those who smoke tobacco products have nearly a 10 times greater risk that those who don’t; while those who chew tobacco increase their risk fourfold. Excessive sun exposure is another more obvious risk most often causing cancer of the lips. Not as apparent is the use of alcohol – those who drink at even a moderate level increase their risk of oral cancer by nearly five times while for heavy drinkers, the risk is nearly 10 times higher. Less than adequate nutrition, especially the lack of vegetables and fruits, increases the risk for all types of cancer including oral cancers. Viral infections (like HPV), compromised immune systems and family history are also risk factors for oral cancers.

Sometimes, oral cancers appear looking suspiciously like infections, irritations and even canker sores, all of which are typically harmless. This makes early detection extremely important. Regular oral exams help increase early detection and treatment. Be proactive and should notice any unusual ulcers or sores, or any white or red patches in your mouth that do not heal in a few weeks, an examination in order. Early detection and treatment – while the cancerous lesion is small – increases survival rates to a level in excess of 80 percent.